Today’s post will almost entirely feature the words of others, lifted from my local community facebook page.

Do you have a local facebook group? If you don’t may I suggest you create one immediately. It will offer you a unique source of appallingly punctuated rants, intense pedantry and a near constant stream of dogshit sightings.

A recent post featured a picture taken from a CCTV camera, of a woman who had brazenly entered this resident’s private driveway, watched as her filthy canine dumped its load on the gravel and then pottered off leaving it behind, unknowingly having triggered a near-global scandal of dog-owning arseholery (aka several hundred comments on facebook).

Dog-related posts are by far the most prevalent in this dog-obsessed suburb. Aside from immoral turding, there are endless people selling a dog, losing a dog, finding a dog, wanting a dog, look at my dog, my girlfriend’s a dog, my dog is dead.

The next most popular category are parking fails. If you park incorrectly, or worse – thoughtlessly – you risk being photographed and publicly shamed. Other car-based posts include: Thanks a fucking BUNCH to the WANKER who just cut me up at the lights on (insert road name) you massive FUCKTARD.

Close behind are all things robbed, smashed or punched: Everyone BE AWARE – just got back to my flat on (insert road name) and some DIRTY LOWLIFE SCUMBAG has come in and nicked my laptop, phone and wallet – keep your doors LOCKED people (I wish I had) there are some nasty BASTARDS out there.

But today, the group is galvanised by the opening of a brand new M&S Simply Food store.

Which of those sections of society do you think I am in?

Enjoy dear readers. All of life is here…

All I know is that my lunch was outstanding. My dinner will be amazing. And in between we have those tubs of delicious mini-treats…

Just don’t tell Gwyneth. He’s forgotten he left me with the credit card when he went away…

And yes. They have Cavolo Nero. Of course they do. This is M&S… 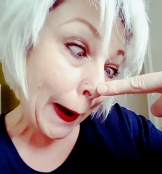 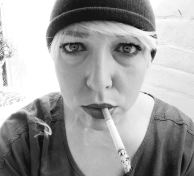